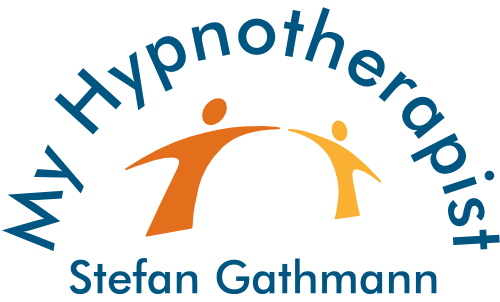 A simple exercise of what it is and how it feels for you is the following:

What you just experienced is a light, self-induced trance. And as you may have realised, it feels “normal”. You were conscious and in control all the time. And for that reason, some people claim that they can’t be hypnotised or can’t experience trance.

But actually, they can be hypnotised easily.

Had you done the above exercise while a Computer Tomography or an EGG had been taken a clear difference to your “awake” state could have been observed. And this would also apply to those people who did the exercise and state, “This did not work on me.”

But let’s have a look at the different definitions used in common dictionaries, who sometimes seem to be a bit biased:

On Google, you will find the following statement contributed to the Oxford dictionary when searching for “What is Trance”:

“a half-conscious state characterized by an absence of response to external stimuli, typically as induced by hypnosis or entered by a medium.”

“Half-conscious state” might be a cross-word clue, but it definitely is not a medical, psychological or therapeutic term in any of the books I read or learned from.

Yes, under hypnosis the hypnotist could have suggested that certain responses do not happen, but the absence “of responses to external stimuli” is not common or natural or automatic. It may be more comfortable or too challenging to react to these stimuli at the given time, but they are still there and if they are required for an unharmed and safe future they will be there in an instance, just as they would be in a conscious state.

Yes, trance can either be induced or one can enter into it. But why limit it to hypnosis and a medium? The same applies in group meditations, yoga classes, mindfulness sessions, prayer and individual meditations, daydreaming and many more.

Although the above was attributed to the Oxford dictionary, I only found the following, much better definitions on the Oxford website:

There is nothing wrong with these definitions, and especially the second definition is worthwhile to think about. Have you ever stopped at a red traffic light and only realised it turned green when your passenger told you or the car behind you sounded its horn?
or perhaps you can relate to my favourite past time experience: reading a book and not hearing the other half telling me something?

Collins defines the countable noun of trance as:

“A trance is a state of mind in which someone seems to be asleep and to have no conscious control over their thoughts or actions, but in which they can see and hear things and respond to commands given by other people.”

“Have no conscious” control over their thoughts”, really? If that was only true, it would make my work so much easier! The hypnotised person is always in control! Just imagine there was a fire and the Hypnotist would have to tell the hypnotised to get up and out of danger.
Also, no matter how experienced the Hypnotist, he can not make anyone do something against their moral code, beliefs or convictions. Unless the hypnotised is willing to rob a bank, not even the Best of the Best could make him do it.

The first entry for the noun trance is just a couple of synonyms. Merriam-Webster then continues with:

"a state of profound abstraction or absorption”

The only thing I find a bit too strong here is the small word “usually”, as I have to say that every person is an individual and so is the experience of Hypnosis as is the observable state of the hypnotised person. Often (not usually) I see narrowed (or widened) pupils, reduced or increased heartbeat, slow or fast-paced breathing, and so many more. It depends on the person and the technique used, does the Hypnotist use a recall or phantasy technique and asks for a calm or relaxing experience to be imagined, so the slow breathing will be observable.
Was an activity technique used and something challenging or frightening was invoked in the imagination I would be worried to observe the same coolness in the hypnotised person. (Not to mention that I would be surprised to see that happen “usually” in any clinic. Of course, there might be therapeutic value in invoking such imagery, but this is rare and far from standard!)

And again in Cambridge we come across the usual unfounded bias:

“a temporary mental condition in which someone is not completely conscious of and/or not in control of himself or herself:

“a mental state between sleeping and waking in which a person does not move but can hear and understand what is being said:

There is no incomplete conscious state, either one is conscious or not, but you can not be half-conscious, the same as you are pregnant or not – there is no in-between

And hypnotised people are always in control, they just choose to let go or hand over part of it in order to work on something that has a much higher priority to them.

As a result, the first two examples are simply questionable and the third one is factual wrong, “staring out of the window” is actually a trance and not “as if”.

The second definition and example are more precise and factual though

Most dictionaries have quite narrow definitions and sometimes even populate misconceptions.

Trances are natural states of the mind and are even required for the healthy functioning of the brain.

Trances can also be experienced in any form of meditation and even in everyday situations.

Who has not experienced the situation that one got into the car, started the engine and drove a distance not really realising the number of green lights one passed through? Or maybe missed the exit on the motorway?
This is a so-called Highway Hypnosis or Highway trance.

Another everyday trance is even more important to us human beings: Daydreaming. In this trans our brain processes and stores information or situations we experienced recently.